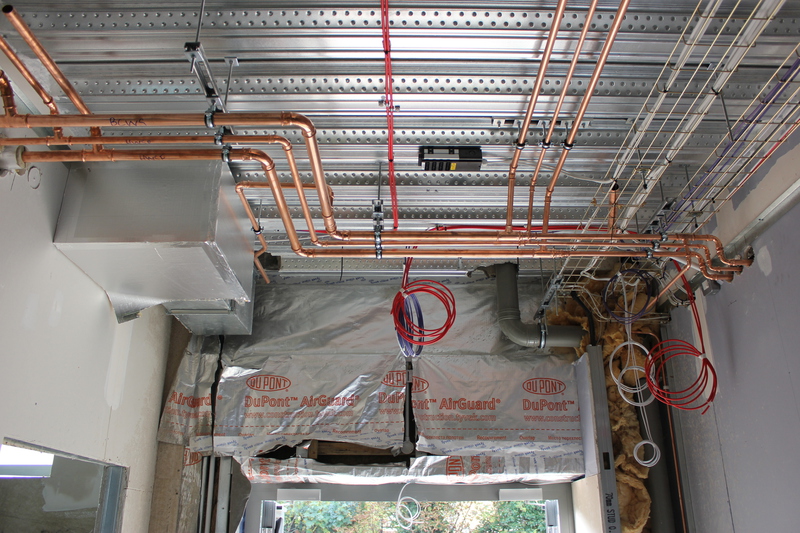 Denmead School is located in Hampton, Greater London. It was originally founded in 1924 and occupied two houses on Wensleydale Road. The project has been to construct a brand new school for pre-prep age groups of 3 to 7 years olds.

Omega Building Services (Caterham-on-the-Hill) decided that for the heating systems and plant room, they would once again use a mechanical press system that would allow their engineers to work safely and quickly installing the tube and fittings. M-Press Carbon Steel has been used in 15mm to 76.1mm for these applications. M-Press Copper has also been installed where potable water applictions were required. The Copper system is fully WRAS approved and has been installed in 15mm to 54mm.